The SW Limousin Club had their AGM during September when the Herd Competition results were announced. Killerton Iona won the prize for Heifer Born 2013 and Killerton Jackie was third in the 2014 Heifer Calf class. Overall the herd was placed third in the large herd class. This year the event was judged by James Cooper.

The National Trust has had in place a badger vaccination programme on the Killerton Estate over the past four years. Despite managing to trap and vaccinate some animals the incidence of TB seems to be more prevalent in this area than in the past due to high numbers of the ‘black and whites’.

I hosted a ploughing match during the month for the local Culm Valley Ploughing Association. It was a pleasure to see 62 tractors and ploughs of all ages (ancient and modern (together with 8 teams of horses). 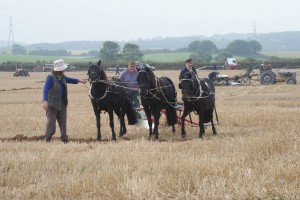 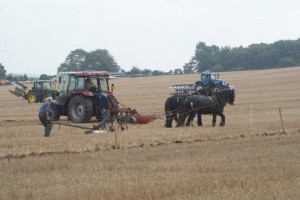 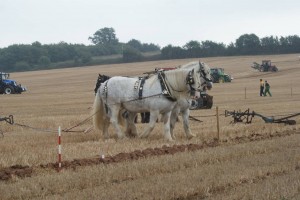 Maize has been cut early – slightly green – but the crop was very heavy.

Potatoes are still struggling to be sold and volume of sales is very slow even on contract.

Most of the drilling of winter cereals was completed by the end of September which is early for us – but if the weather changes we will be happy. 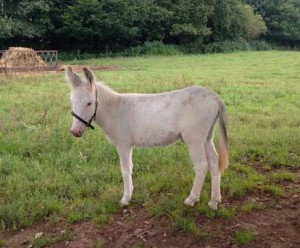 Latest diversification on the farm is the introduction of “Nigel” the donkey. Despite being only 13 months old he seems to stand up for himself very well and has become a legend in a very short space of time. Local horse riders using the bridleways are not so keen on him!