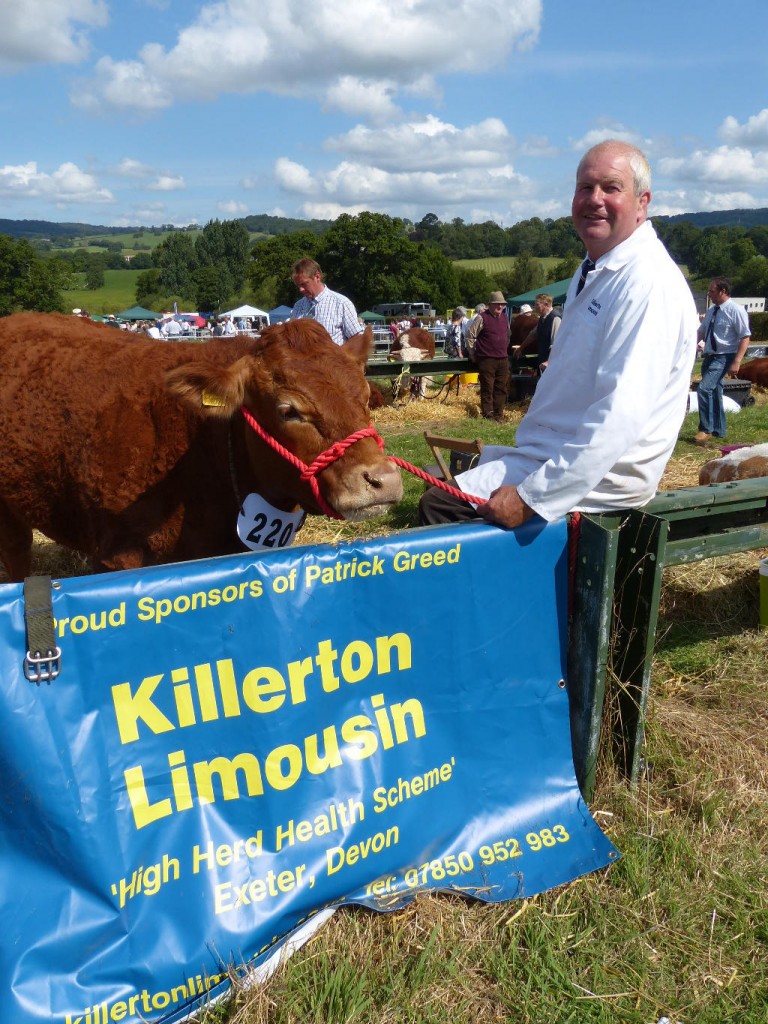 I had our final outing – the Honiton & District Agric. Show – at the beginning of the month with Killerton Gucci and Hera. It was a very hot day with Hera being placed breed champion, Gucci reserve. Hera went on to be placed reserve Interbreed Beef Champion.

Cereal harvest was finished – all done by the 19th August – with Oats and Wheat being above average on yield. Moisture of oats was down to 12% even though the straw was not totally fit. Wheat moisture content was nearly but not quite there –between 15-16% – but at least it was in the barn before the rain came.

I judged at the Edenbridge & Oxted Show (together with other west country judges) – which was fun and good to visit a new area.

The potato lifting finally started – a fortnight to three weeks behind schedule due to poor demand. Placing crops is becoming harder and harder – it may be time to rethink plans for the future.