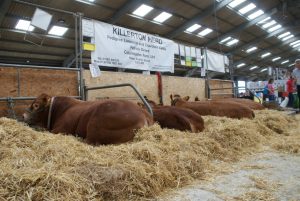 Killerton Herd at the Cornwall Show 2016

Well we are out – I think the Brexit result will be good for agriculture.

I took a small team to Cornwall Show and running 3rd seemed to be the order of the day.  Lovely atmosphere even though overall cattle numbers were down.  The successful charity evening to support depression in farming was well run and everyone had a good evening.

Devon YFC also ran a Race Night and charity auction to raise funds for their new YFC Headquarters / Hub – this again was a very successful night and I came home lighter in the pocket!

The south west Limousin Club held a sale at the Exeter Livestock Centre on the 24 June – the female trade was very good and the bull trade about average.  Several lookers but no many wishing to  put their hands in their pockets.

The Club also held an open day at Lifton on a commercial herd using limousin and Belgian blue bulls, selling calves as stores.  The Jamieson family seem to be doing a good job.  The continental route has been more successful than the native one.  A talk from Lachie Maclachlan from Mole Valley emphasised early creep feeding for early growth and came back with three words etched in our heads “Measure, Measure, Measure” as in growth rates, grass growth and general health of livestock. 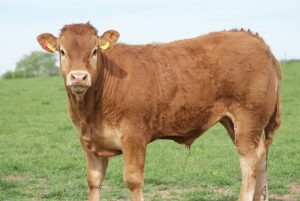 Grass is growing after silage.  Its like looking into a crystal ball with regard to the beef trade.  The new grading scales are harder to hit for the premium market and the cap on the higher weights are not helping the business.  Cereals are looking well but could do with more sunshine.  It would be nice to see prices rise to give me enthusiasm to grow more next year.

Still waiting for HLS Payment.  I did ask them whether they would pay a percentage rise for not hitting their deadline as they always deduct from us if we do not hit their dates/fit their criteria.  The answer was no, surprisingly!!

Hopefully the combines will be rolling shortly.