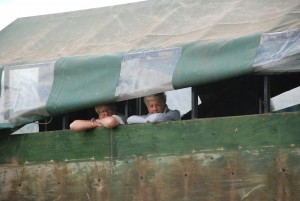 Somebody told me they had a giraffe !

At the beginning of July the Bradninch Community Choir had a picnic lunch by the old Killerton Chapel at Columbjohn and then had a farm tour which proved to be very popular with people of all ages.  Around 70 people attended, the majority from non farming backgrounds and the feedback was all good.

We took one young charolais bull to the Beef Event at the NEC  who did not disgrace himself at all, being placed 3rd out of 6.  It was a shame that Limousins were not represented at this national event,  however, more cattle are required to make it a success. 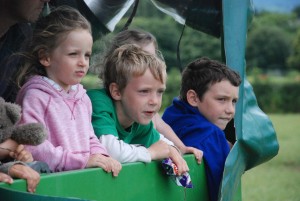 And Teddy came too

This was followed by the Royal Welsh – the cattle seem to improve leaps and bounds annually.  The weather was cloudy – ideal showing weather – and the company was very good.  The Killerton cattle did not disappoint and were again placed at the right end of the lines.

At the end of the month we had a very successful day at the Mid Devon Show, Tiverton – winning several classes with Charolais and Limousin cattle.  Killerton Iloveit was breed champion and overall Interbreed Champion.

Barley and Oats were harvested after the Royal Welsh in good conditions – all came off dry with reasonable yields. 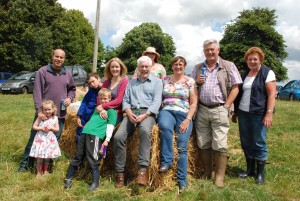 I hosted a river walk/BBQ for the Game and Wildlife Conservation Trust together with the National Trust in the middle of July.  Representatives from the Environment Agency “advised” on how to minimise river flood  erosion and other discussions covered plants/fish/birds/wildlife living in natural environments.