Don’t know when it is going to stop .. the rainfall has been relentless this winter. 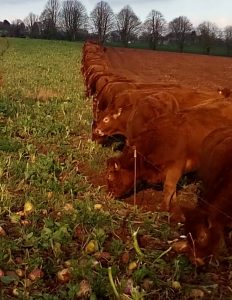 The dry cows have been out all winter on stubble turnips. We were forced to wean off cows and calves earlier than normal due to space and weather conditions. They have held their condition very well. I am glad I am only just about to start calving but that will bring even more headaches.

Beef prices have shown slight improvement but are still well below where they ought to be to warrant all the work and aggrevation for very small reward. This is now having a major knock on effect with several farms giving up suckler cows and not requiring a bull in the future.

The winter routine of feeding, clearing up muck with no where to put it, is becoming a bit of a chore . A few weeks dry weather would not go amiss.

The crops in the ground, put in last autumn, majority are looking very well except for certain heavy areas. So my thanks to the team for getting on with things and finishing the job.

Shooting season did help pass the winter months. Back to reality now.

I purchased a fresh bull MEADOWRIG OTIS to use in the herd, rightly or wrongly. An easier fleshing bull to try and put a bit of cover of any carcasses which may be heading to the abattoir. 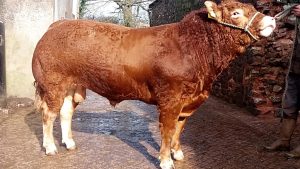 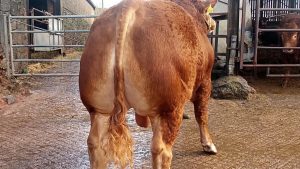